I’ve referenced the Music at MIT Oral History Project several times here over the past few years. These interviews with so many of the people who have been central to music at MIT for the past 60 years are a tremendous resource. They include many deep discussions about music, music education, and music history that go way beyond the specifics of music at MIT.

I was able to get copies of the interviews of three people who influenced me tremendously as an MIT student – John Corley, John Bavicchi, and Herb Pomeroy – by visiting the MIT Music Library and knowing librarian Peter Munstedt and oral history associate Forrest Larson. But now everybody can get these interviews, plus the transcripts. The Music at MIT Oral History Project has now grown into the Music at MIT Oral History Collection.

I posted the Herb Pomeroy discussions linked above within a few months of getting back from the MIT Lewis Music Library with CDs of the interviews in hand. I always meant to post something from John Bavicchi’s interview on how to write dissonant music for choruses, but it eventually became too much work to find it. Not any more! I downloaded the transcripts for the two interviews, used search in Adobe Acrobat, and found what I was looking for in just a few minutes. So that posting should be finally be arriving soon.

The MIT staff has done outstanding work to make these interviews easy to use for musicians, alumni, and researchers. Best of all, anybody can access it! You don’t have to be behind an MIT firewall or have a special MIT Library account. 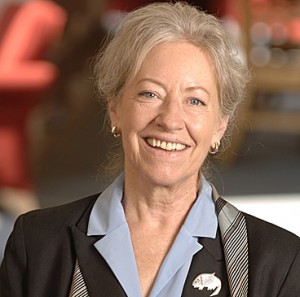 This innovative, open access digital collection is a tribute to the leadership and staff of the MIT Music Library, and to the leadership of the MIT Libraries as a whole. The Libraries suffered a serious blow this month with the death of Ann Wolpert, Director of Libraries at MIT. As the MIT news office’s obituary describes, she was a pioneering leader in moving research libraries into the digital age. The Music at MIT Oral History Collection is just one example of the research library transformation that Ann Wolpert championed. My wife and I had the great privilege of meeting Ms. Wolpert for lunch a few years ago. She will be sorely missed. My condolences go out to all her family, friends, and colleagues for their loss.

This entry was posted in MIT, Music, Obituary. Bookmark the permalink.