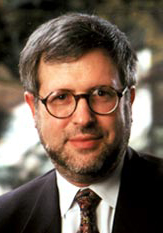 Prof. Hammer taught the best computer science class I ever had: MIT 6.035, Computer Language Engineering. Big deal, you say: the compiler class has long been one of the favorite courses among computer science undergraduates. The real attraction of the course, though, was how it explicitly worked on two levels: teaching both the subject matter of computer languages and compilers, but also how to think about solving computer science problems, particularly regarding software.

“The purpose of this class is to make you smart,” he announced on the first day. And that he did. The problem sets were the most difficult ever, but difficult in all the right ways – to teach you how to think successfully about computer software problems you would likely see throughout your work life in software design and development. At the end of the course, discussing some topic in very high level languages, he remarked that “To be smart is a lot of work.” Indeed it was, but the payoff was worth it.

The subject matter of the course also opened my thinking to concepts that shaped my career. The key idea was how any interaction with a computer could be considered a computer language. This eventually led to my moving into user interface research during graduate school, and then to the design and development of MusicXML when I returned to the music language software of my undergraduate days.

MIT in the late 70s and early 80s was a great place for computer science, music, and (thanks to Prof. Barry Vercoe’s Experimental Music Studio) the combination of computers and music. But like most institutions outside Xerox PARC, little attention was being paid systematically to making computers more usable for people. This seemed like a great topic for research. Since Prof. Hammer was my best undergraduate CS professor and the one who showed me the connections between language design and user interface, I asked to join his research group. He agreed and I had a research assistantship in his group for my entire M.S. work, supported in part by Exxon Enterprises Inc.

This was the Office Automation Group at the MIT Laboratory for Computer Science. It had two main research projects: process-oriented research on an office analysis methodology, and technology-oriented research on an integrated office workstation. I worked on this second project, co-developing and then evaluating the usability of the first software for this workstation – the Etude integrated editor and formatter (influenced by Bravo and Scribe, later influencing Interleaf).

Our group co-authored two papers on Etude with Prof. Hammer as principal author, including Etude: An Integrated Document Processing System. Prof. Hammer also supported my attendance at one of the first major user interface conferences in the USA: the 1981 SIGSOC conference in Ann Arbor, Michigan. I didn’t appreciate at the time how rare it was for graduate students to go to a conference where they were not presenting. I also got to travel to an ACM SIGPLAN/SIGOA conference on text editing in Portland, Oregon, where I presented a paper on Etude and the Folklore of User Interface Design. My best memory of that conference was getting to sit next to Doug Englebart at the conference banquet!

The MIT program for an M.S. in computer science emphasized (and perhaps still emphasizes) the thesis over coursework. Back in 1980 it was possible for a graduate student to read the entire English-language literature on human-computer interaction, and that is what I did during my studies there. My thesis was an experimental ease-of-use evaluation of the Etude system: an early attempt to get beyond folklore to more quantitative engineering for usability. I presented a talk on it at the first CHI conference at Gaithersburg, Maryland in 1982.

As you might predict from his future career, Prof. Hammer was more directly involved in the group’s process research than the technology research, but he was always there for advice and support. One of his biggest contributions was keeping me focused on engineering research rather than science research – computer science was in the School of Engineering at MIT, not the School of Science. This was another invaluable lesson for my later work: it is the relentlessly practical nature of the MusicXML language that has contributed in large part to its success.

I went to work for DEC after getting my M.S. at MIT and lost touch with Prof. Hammer. I did enjoy the acclaim that Reengineering the Corporation achieved, knowing of its roots in the group’s early research at MIT. Once I moved to SAP, of course, reengineering became a hugely important topic in my work. So I was delighted to talk with Michael backstage at one of SAP’s SAPPHIRE user conferences. He was going to be giving a keynote address, while I was going to give a business intelligence UI demo during Hasso Plattner’s keynote. Soon afterwards I moved back to music software, and our paths diverged again.

So by all means, acclaim Michael Hammer for his revolutionary work on business processes and reengineering. It is fitting that this is how he will be best remembered professionally. But please realize that before he became a bestselling author, a company founder, and a business guru, he was an amazing and inspirational computer science professor. Today I give thanks for the great influence he has had on my professional life.