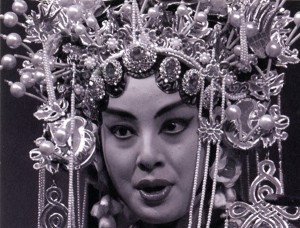 It’s less than 24 hours until Turandot opens at West Bay Opera. My wife JoAnn and I are both singing in the chorus for this production, and it has been an incredible experience.

Turandot is Puccini’s last and grandest opera. It is usually the province of the largest and biggest-budget opera companies. To get the chance to perform it as part of a volunteer chorus may well be a once-in-a-lifetime experience. The same is true for the chance to see and hear it in an intimate 425-seat house.

I haven’t actually run the numbers on this, but it usually seems like an opera chorus is on stage for maybe 1/4 or 1/3 of an opera. Sometimes, as in the case of the Mozart / Da Ponte operas – or Puccini’s own Madama Butterfly – the percentage of stage time is much less.

In Turandot, the chorus is onstage for about 2/3 or 3/4 of the opera. Often when we’re not onstage, we have some offstage singing to do. Sometimes we get some long lines of singing in praise of the Emperor or in anticipation of an execution, but very often the singing is conversational, in Greek chorus style.

The result is that while the chorus part is extraordinarily rewarding to perform, it is also difficult to learn and memorize due largely to the sheer size of the part. We have a lot of experienced opera choristers in this ensemble and many of us have had the same struggles. As usual, though, we got it done and the dress rehearsals have gone very well. I can’t wait for opening night tomorrow!

How does one put such a grand opera into such a small space, including a small stage and pit? West Bay Opera’s General Director, José Luis Moscovich, had a good plan for this audacious production. Cast outstanding leads, starting with Alexandra LoBianco in the title role, David Gustafson as Calaf, and Liisa Dávila as Liù. Get David Cox, an amazing double threat as an opera singer and opera director, to direct; Maestro Moscovich conducts.

Then enlarge the chorus by 25% from the usual 24-voice maximum. Extend the set out over the orchestra pit to make way for all the people, their lavish costumes, and the beautiful set. Use lots of levels onstage so you can actually see all the people who are on it: about 50 for large scenes including principals, chorus, children’s chorus, and supers. Enlarge the orchestra, placing them all over the backstage areas of the theater, and use even more audio and video equipment than usual to keep orchestra and conductor together. The technical team has really risen to the challenge; this largest and most complex of West Bay Opera orchestras has the best onstage sound ever.

The music, of course, is astonishingly gorgeous. This is the opera that boasts perhaps the most popular tenor aria of all time, “Nessun dorma,” in Act III. The musical invention throughout the opera is incredible. Puccini died before composing the final scene, but the standard completion by Alfano gets us to the glorious conclusion as efficiently as possible.

Online ticket sales have sold out for all four performances, but you can contact the West Bay Opera box office or show up at the door to see if there might be some last-minute tickets available. If you come to the show please come backstage afterwards to say hello. Enjoy this rare chance to experience Turandot up close and personal!

2 Responses to Coming Up: Turandot