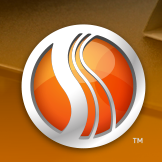 Last November, Finale 2014 was introduced with a new file format that is both forward and backward compatible. Finale 2014 will be able to open files created in future versions of Finale. The same technology was used to allow Finale 2014 to save files in the older Finale 2012 format. The new file format has been one of the most popular features of the critically acclaimed Finale 2014 release.

This new file format is a key part of the modernization of MakeMusic products that my colleagues and I have been working on over the past two years. It paves the way for further improvements over the coming years. We are delighted to introduce it to our SmartMusic customers as well as our Finale customers.

This entry was posted in Finale, SmartMusic, Software. Bookmark the permalink.